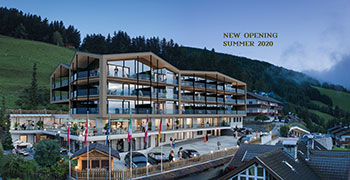 Welcome to the magical Ladin tale. "Bon dé". Bon dé is our way of saying hello. San Vigilio di Marebbe is located in the heart of the Dolomites in a place in which the Ladin culture has been preserved up until today, and Ladin is still the everyday language of the area.

A beautiful village at 1200 m above sea level in a long valley surrounded by the Dolomites and nestled neatly amongst wonderful landscape. An incredible holiday is waiting for you in and around the village, where you can find protected areas like Fanes, Sennes and Braies. Nature that represents beauty: San Vigilio di Marebbe.

The landscape is completed by the townlands Rina, Longega and Pieve and their rare farms.

In order to get to know the language`s origins we will have to go back a few centuries in history. First settlements in the Marebbe Valley date back to the first venice-illiric origins. Around 15 B.C. the Romans began to subjugate the Rhaeto population, the inhabitants of the valley began to adorn roman costumes and the roman language, of which, at a later stage, elements of the vulgar Latin language prevailed.

This language is also spoken in the valleys of the Dolomites, in Friuli and in Engadine and has practically remained unchanged. This is where the name "Rheato Romans" originates from. It is the name given to the population who still use and speak this language. At the beginning of the 15thtCentury, the valley passed under hegemony of the Earls of Tyrol. San Vigilio di Marebbe was declared as the jurisdictional court for the valleys of Marebbe di Badia.